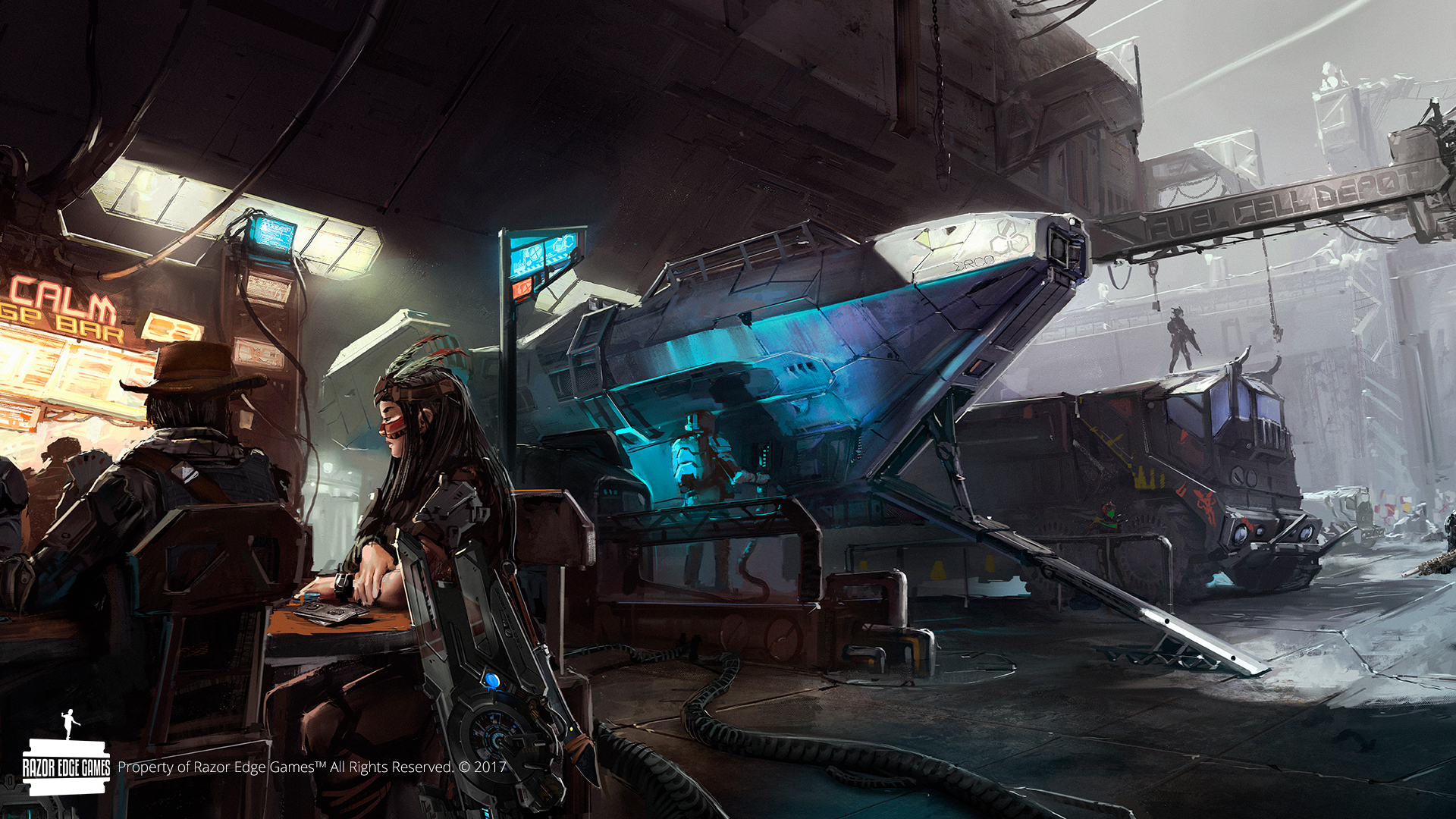 The Year of the AfterFall: A New Kind of RPG

As of this month we have begun ramping up for our full press release and marketing campaign. The team is anxious to show you, our fans more about the game we have been working on and make this the year of the Afterfall. For months we have be purposely holding back adding to our Media section on our website or saying too much in this Dev Blog, while we worked very hard on the game getting it ready to show you.

With no publisher breathing down our necks to hurry us to make a deadline and be forced to cut corners we have been able to make great strides in the past few months greatly improving the technology in our game and adding many complex features, many of which haven't been seen in any game to date, creating a new kind of RPG.

What is an RPG to you?

Digital RPG's strayed very early on away from what made table top RPG's so fun to play, and became a series of kill everything that you see, follow the map pointers that lead you to exactly where you needed to go, and many other time saving game features to allow the masses to quickly play their games.. Reducing what used to be hundreds of hours of gameplay into a now accepted 20 to 40 hour ordeal. Where did all the adventure and discovery of table top games go? Tossed aside in favor of a lead me by the hand, kill everything mentality. This isn't what most would call a Role Play experience, but what choice do you have?.

Early in 2006 I decided to start to write a game that I could play solo or with friends, but also have an unending campaign that would allow me to play on even if they couldn't join me for specific play sessions.

I wanted to design an RPG I always wanted to play, one that allowed me to experience the same feeling I had while playing table top but without the need for a game master. During this time I really didn't think much about publishing this game, I was making it for me, something I would enjoy.

As time went on the ruleset grew from a small 10 page ruleset to one that we have now that would compliment any paper based RPG rulebook. I decided not to spare any mechanic that made sense and should be in the game.

To make a long story short, in October of 2014, after many years of table top development and a team of dedicated play testers helping me test it for 16 months, I decided through some coaxing to reenter the PC game market, the same market I had left back in the 90's and turn this game into a digital game that all could enjoy.

I started to assemble a small team at first, about 20 or so by the end of that year which now has grown to 200+ from 30+ countries.

Be prepared to see a new kind of play style for a Role Play Game very soon, one that is more familiar to table top role players than what has become digital role playing experience over the years. More details to come in the coming weeks.

The game we are building is what most these days call hard core. Death means something, there is no falling back to a saved game. Your choices will propel your character forward in the game world. Your not a hero in this world but just a person trying to survive. Through your actions you will gain reputation among the Faction, some will grow to admire you while others will want you dead. Learn more about the game. to play your character. Be an explorer, trader, revolutionary or what ever you what, in any combination you want. No levels, only skills, no preset skill tree, you decide what skills make sense for you to pursue. Many cosmetic features are present as well. You can physically see your character age as time passes in the game world. Your clothing, tattoos, face paint are all what you decide upon, and can be changed during the game as you desire. No pointers or exclamation points will highlight the way for you. The North American continent is a vast open world for you to explore in a non-linear fashion. Hundreds of hours of exploration and discovery will await you as you adventure in Eden Falling.

They say copying is the highest form of flattery.

Recently we seen other games out there starting to use naming conventions I coined years ago on this website that are directly from our game, some have even decided to name their supplemental releases with not only these terms but our actual company name.. But as you all know Razor Edge Games, has been around awhile now, so when others just recently start to use its name and other very specific words it became clear to me they like the concepts we are promoting enough to try an implement them in their products, or at least the terms. I guess they think if they release before we do that they will be considered the originators of the terms, in any case they can say what they want, but the actual game play and features are what count in the end, and I don't think we have anything to worry about when it comes to replicating what we have, at least not until well after we release this game..

More info will soon be released on our HUD, Game Map and Game Footage. We will soon be launching our full advertising campaign and push forward to our Pre-Alpha Release later this year. In the coming weeks will begin the process of letting the world know about our game, its rich history and lore and mechanics. We are looking forward to showing you our fans, what our vision of one possible future for us all could look like.