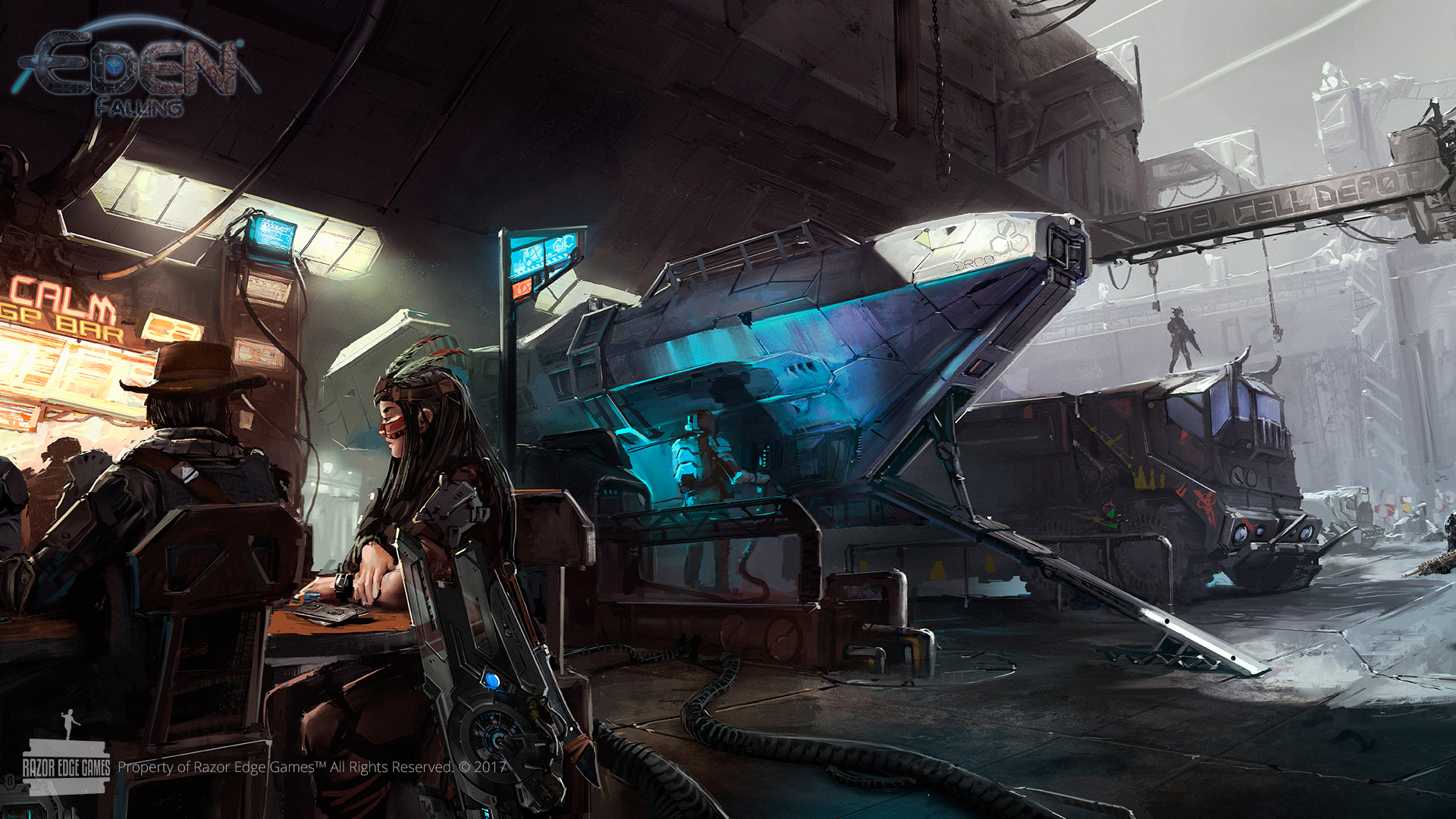 September 25th, 2017 – It is with great excitement that Razor Edge Games announces a new name for our premiere title. Epocylipse the AfterFall… will now be called; Eden Falling, Razor Edge Games’ premiere title will be descending upon PCs with early access starting soon! While this decision was not an easy one to make, our passion, commitment and mission remain the same: Creating Cutting Edge Games! CEO Mike Weiser and Creative Director Arthur Tomlinson have taken time to explain to the REG community why this change was made, and what’s in store for Eden Falling in the near future.

Mike Weiser on why the change needed to happen:

“I created the original name in 2006. Stepping back and taking a look at the name and how it held up eleven years later is remarkable, but, Eden Falling is now better suited for today’s marketplace. Considering the expanded scope & features we have added to the game, all the new content that has been implemented, including a vast expansion of the lore and the game world, Eden Falling fits perfectly. Our mission still remains the same at Razor Edge Games: to bring cutting edge RPGs to the digital world. This change is a part of that mission.”

Arthur Tomlinson on the plans ahead for Eden Falling:

“In the coming weeks, we will be unveiling a plethora of content for Eden Falling. To give a few spoilers, we will be unveiling more on Eden Falling’s immersive, procedurally generated living world; from the vast size, to spontaneous terraforming events that alter your experience as you play, Eden Falling will be unique and organic every play through. We will be actively releasing new in game footage as well, including highly anticipated character creation and combat.”

We here at Razor Edge Games would like to thank both new and veteran members of our community for your continued support. Without your support, Eden Falling would not have come as far as it has. As the team moves forward and more content is released, we are confident you’ll agree that Eden Falling will provide players with a truly unique, turn based, cinematic RPG experience. Players interested in learning more, or staying up to date can receive all news and updates by joining the official Eden Falling forums at https://forums.razoredgegames.com/, and on Facebook at https://www.facebook.com/edenfallinggame/. Player feedback will shape the game as it evolves, so fans are encouraged to follow and interact with Eden Falling.